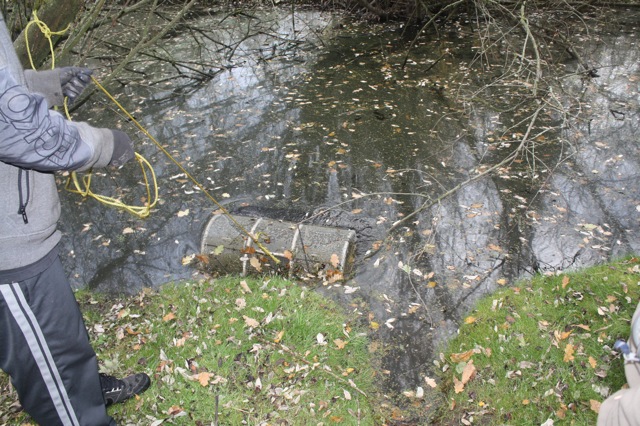 Biologist Mike Pearson, Elissa Berrill and Duane Hoyseth did a population assessment of the Salish sucker and checked the health of the river over a two-month period this fall (2013).

They placed live traps in the Salmon River every 100 metres from Lefevre Rd. to 248th St. and returned the following day to see what the traps revealed. They found Salish suckers, coho, trout, newts, stickleback and several other aquatic species. The Salish suckers were marked with coloured dye.

They returned two weeks later and followed the same process. The number of marked suckers caught a second time helped them extrapolate the size of the population.

The Salish sucker count is done approximately every five years. This year’s count was funded by a grant to the Matsqui First Nation from the Aboriginal Fund for Species at Risk (via the Department of Fisheries and Oceans). 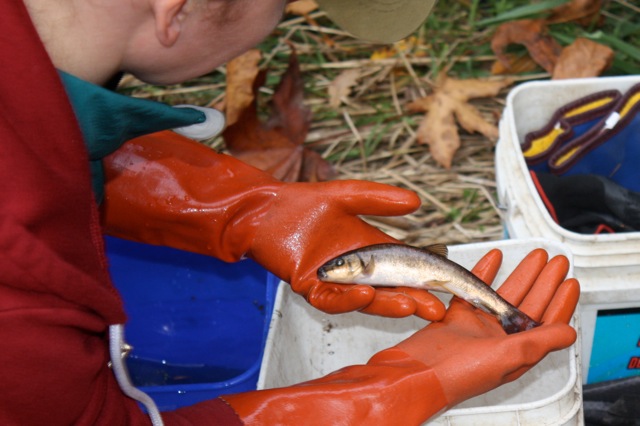 One of three Salish suckers found near 43rd Ave. 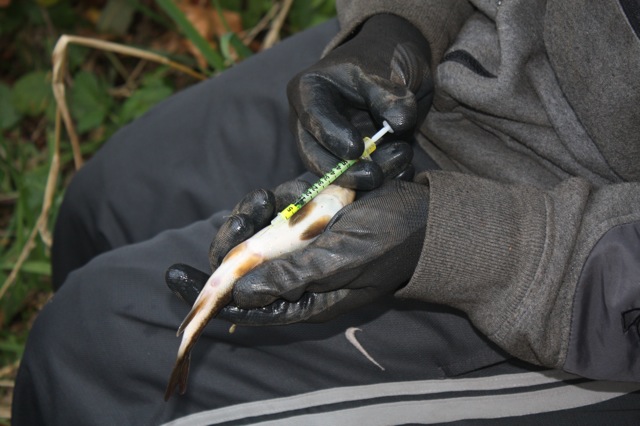 Each Salish sucker was tagged with a little bit of coloured dye. 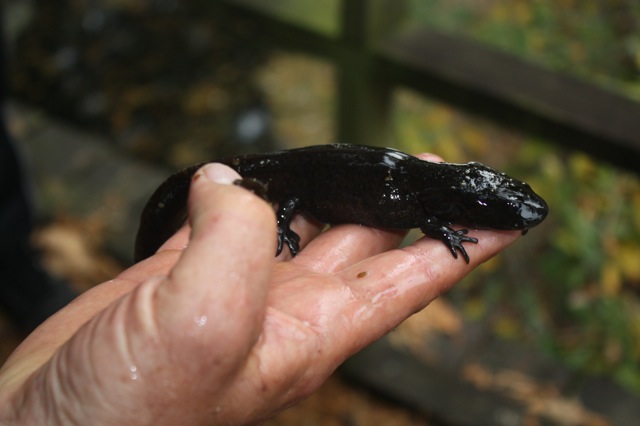 A northwestern salamander found in the same location. 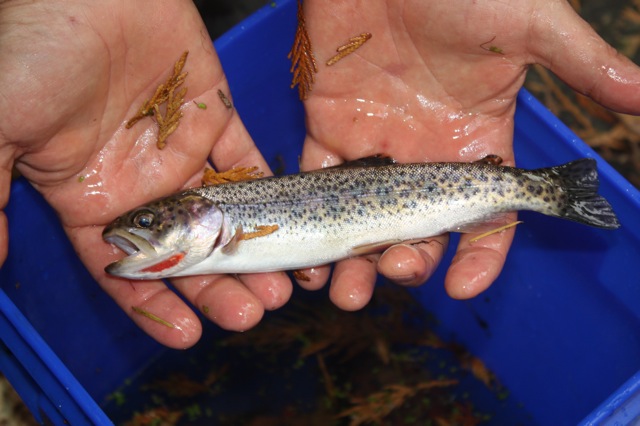 A coastal cutthroat trout. These fish are “blue listed” in B.C., meaning they are a species at risk of extinction.

All fish or amphibians were returned unharmed to the Salmon River.

Fish found in the Salmon River 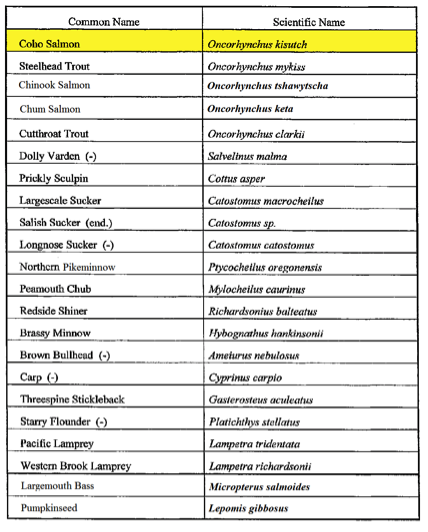