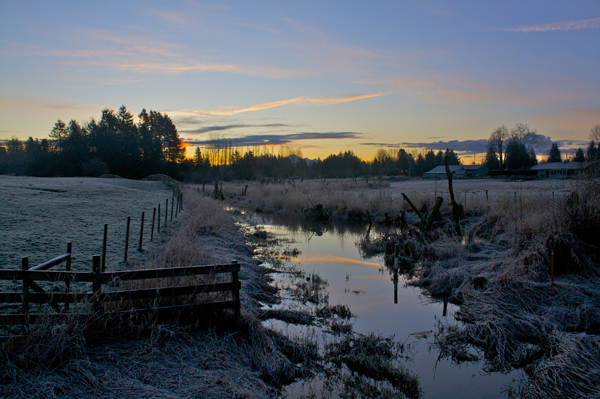 The Salmon River is an area of fertile soils, attractive rural landscapes and underground water reserves. In 1993, the environmental co-ordinator of the Township of Langley noted that the protection of the natural resources in the Salmon River Watershed was seen as a priority for residents and users of the watershed.

Flood control—This issue pitches the interests of the agricultural community to control flooding for agricultural purposes versus the fishery and environmental interests to allow flooding to enhance habitat for fish and other species.

Contamination of groundwater—The Hopington aquifer in the watershed is important for keeping the Salmon River productive and for providing water for over 60% of the residents in the area. The sources of contamination of the groundwater include commercial agriculture, hobby farming and residential septic tanks.

Fish enhancement—In order to enhance the habitat for fish in the river and flood plain areas, there is a need to co-operatively provide exclusion fencing for cattle and to revegetate riparian areas.

Governance—The application of potentially contradicting legislation such as the Fisheries Act (a federal responsibility implemented by the DFO) and the Right to Farm Legislation (Provincial Ministry of Agriculture) which operate under different jurisdictions and the concerns of different stakeholder causes an atmosphere of competition and conflict. Both of these legislative powers are vigorously contested by opposing interests. This conflict is exacerbated by the extent to which the Township of Langley lacks the resources to add its own in order to represent the local community. This has led locally to violations of water course management bylaws being ignored by farmers who have taken unilateral action in some circumstances and constructed flood defences.