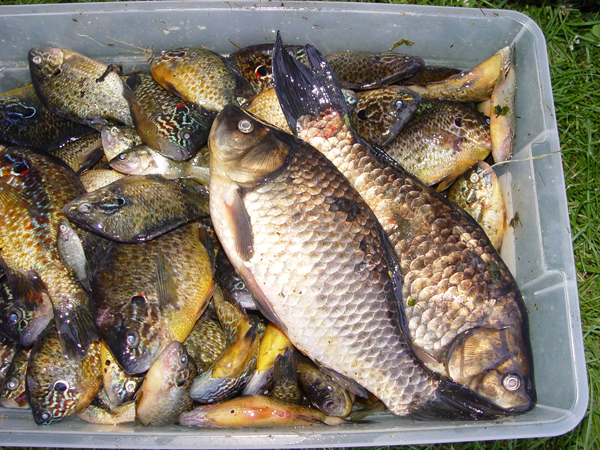 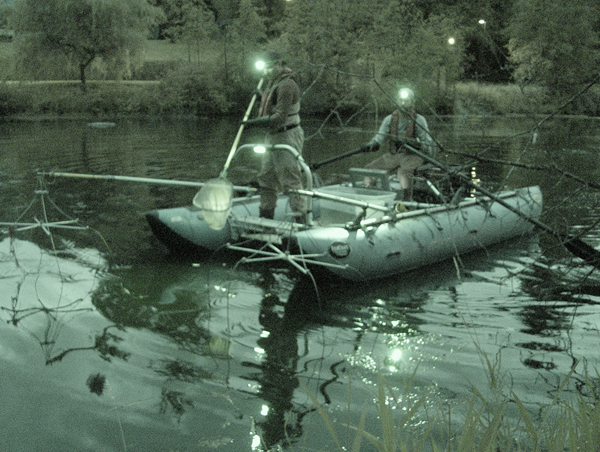 Tom Willms operates the electrofishing boat and activates the electronic current while his netter watches carefully and scoops up fish which come to the surface when they are temporarily stunned by the electric current. 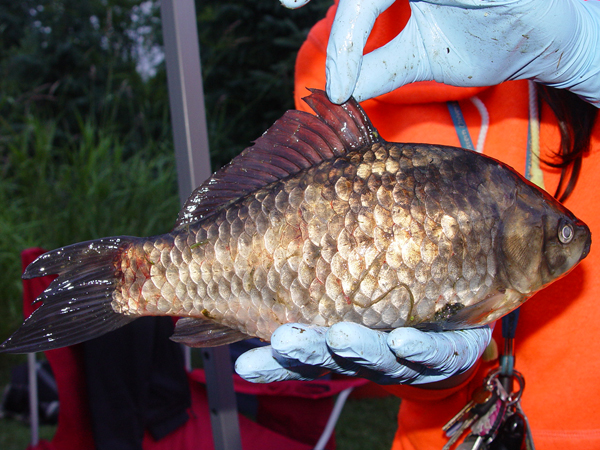 A crucian carp…there are no records of it in the Lower Mainland but six were pulled out of McMillan Lake in 2014.

Native salmon are far outnumbered. This coho was released back into the lake. 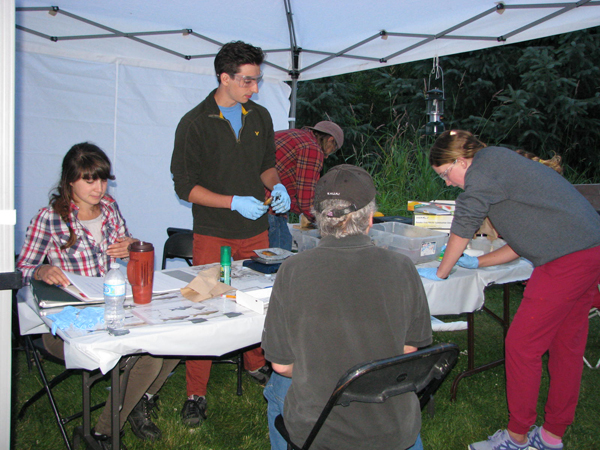 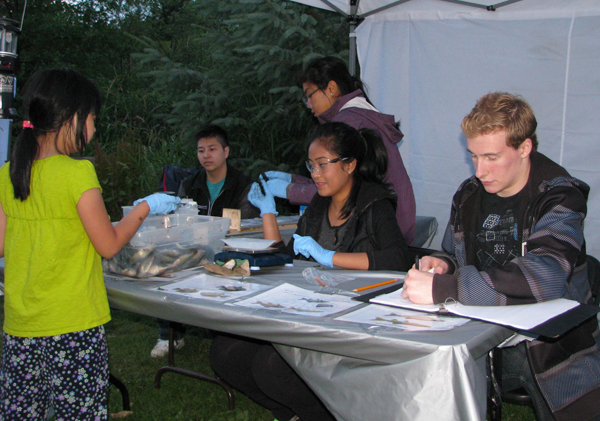 In June 2014 and July 2013, students and instructors in the Biology and Environmental Studies Department at Trinity Western University worked for hours over two nights to remove invasive aquatic species from the McMillan pond on the university campus. The pond connects to the Salmon River.

The electrofishing treatment cost several thousands of dollars and required a complicated permitting process. The BC Ministry of Environment has been encouraging TWU to deal with the problem and has been providing advice and assistance, said David Clements, TWU professor of biology and environmental studies.

The electric current temporarily stuns the fish and does not affect mammals. The team captured almost 580 fish. Of those, only 10 were native fish, including 4 coho salmon. Among the undesirables were 213 bass, 351 pumpkinseed sunfish and and 2 large carp. They were anaesthetized with carbon dioxide which is believed to be painless. 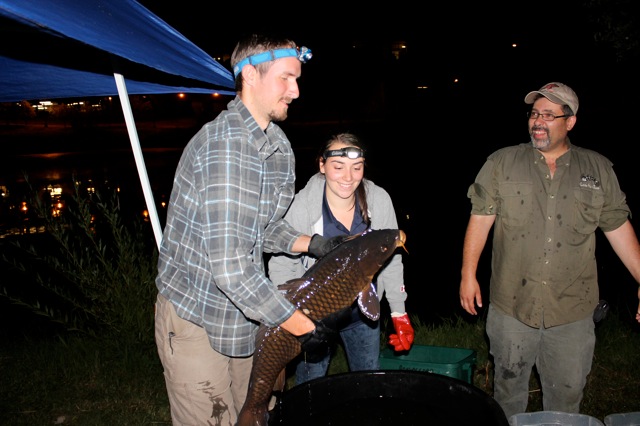 TWU staff and students with an unwanted carp. 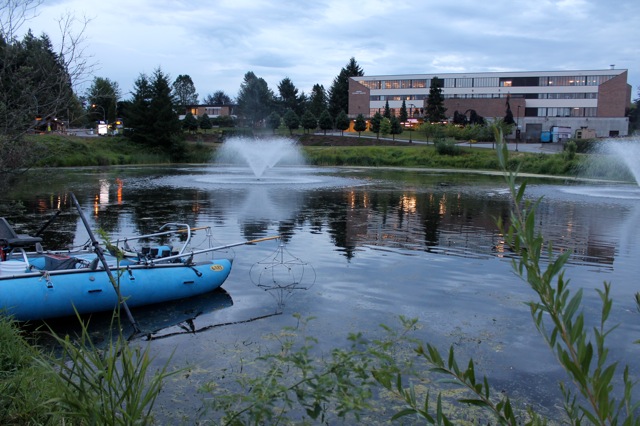 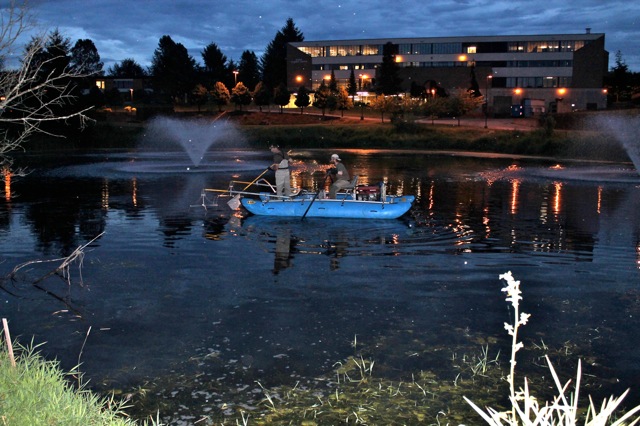 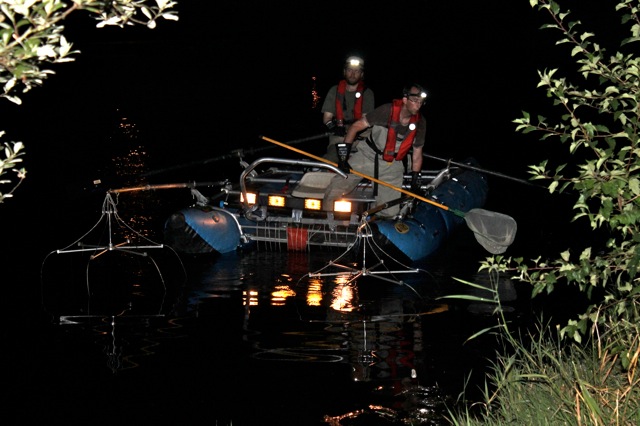 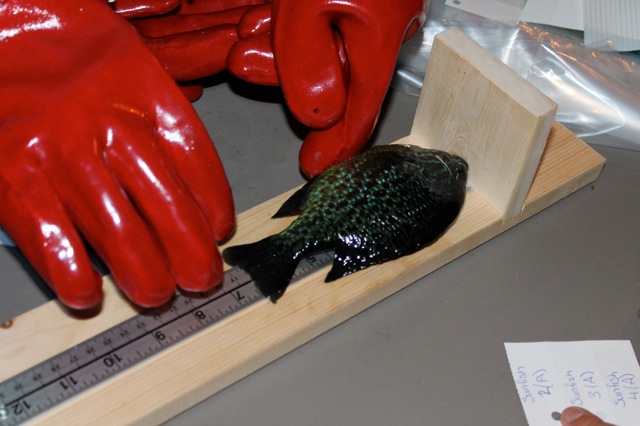 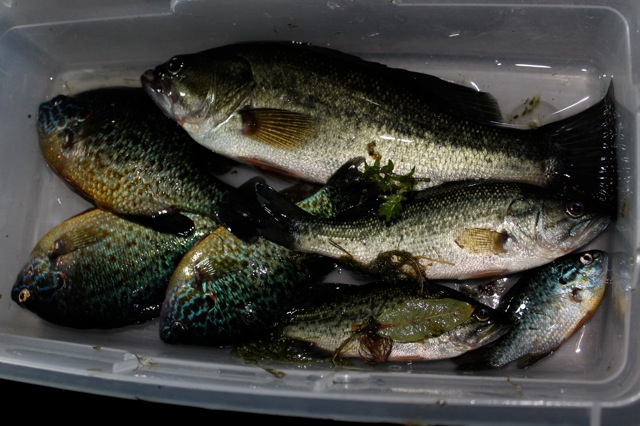 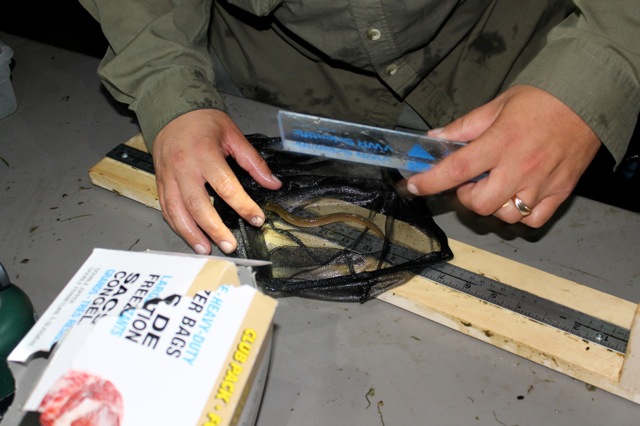