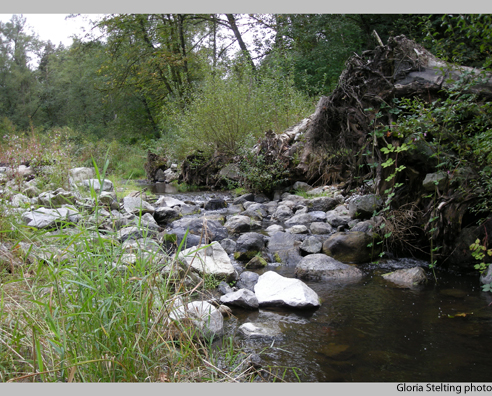 Under this metric, 4.44m3 (or 4,440 litres) of water would cost about a penny (if we had pennies still).  The average Canadian consumes 274 litres per day, or about 100m3annually. An Olympic-sized swimming pool (at 2,500m3) would cost $5.63, according to a report released by West Coast Environmental Agency.

The groundwater, aquifers and rivers are of tremendous importance here in Langley and are facing tremendous pressure from increased development and agriculture.

Here are the remarks from the Salmon River Enhancement Society.

1)  The act needs to be much stronger to protect base flows of streams (i.e. guarantee that sufficient water will be available for fish survival even in dry summer months) especially in areas like the Hopington Aquifer where excessive withdrawals have caused the water table to drop a foot a year for over 30 years and resulting in danger to the provincially important Salmon River.  Withdrawals must be curtailed where they are causing problems.

2)  Will regulations follow in a reasonable time frame? The artesian well sections of Phase 2 of the existing act still have no regulations over 5 years later.

3)  More money will have to be raised from the users (paying higher rates for water) either initially or soon (I can see the rationale for a lower introductory rate with escalation over a reasonable period of time to allow users to adjust their operations) in order to pay for enforcement and rehab efforts. Eventually, it would make sense for large users to pay close to what it would cost to use municipal water less the cost of treatment.

4) Is there the will to enforce the act and provide personnel in the field? We cannot afford a repeat of the fiasco going on at DFO where the government spends money on layers of bureaucracy and public relations while abandoning work in the field.  If there is a reluctance to prosecute the Water Act, like the Fisheries Act, it will be a toothless tiger.

5)  Will the act have any traction vis a vis the Right to Farm Act since farming, including mismanagement of manure and irrigation, is a big part of the quality and quantity problems?

6)  Will the government reassure us that it is not going to download responsibility for planning and action to local stakeholder groups?

The Hopington aquifer is at the top of the list of threatened aquifers in the province with the water table dropping 30 feet in just over 30 years. The provincially important Salmon River coho run is threatened as parts of the river are going dry in the summer months.

Unfortunately, several pilot projects, including the Salmon River Watershed Management Partnership, the Water Resources Strategy and the Water Management Plan, are essentially dead in the water.  These groups were often dominated by land users. As a result, these groups were deflected from implementing meaningful measures to deal with water quantity and quality.  A similar effort, a number of years ago, in the Nicola watershed also failed despite considerable funding and volunteer time and effort.

Thus any attempt to download control and decision making to local groups would repeat what we know does not work.  Encouraging local involvement and taking advantage of that involvement to tailor regulations to local conditions makes sense.  However, local groups would require firm direction to ensure they’re effective and to prevent them from being steered off course, wasting funds, or becoming bureaucratic and ineffective.