The fears of the Salmon River stewards (members of SRES and local residents) have been born out as work continues on the water pipe on 52nd Ave. between 242nd and 248th streets. The pipeline has caused major damage to the banks of the Salmon River at 52 Avenue and 244 Street.

We appreciate those who have come out to the site to see the situation first hand: Councillor David Davis; candidates Petrina Arnason, Clint Lee, Kevin Mitchell, and Scott Nichols; and Tara Macrae, township staff. 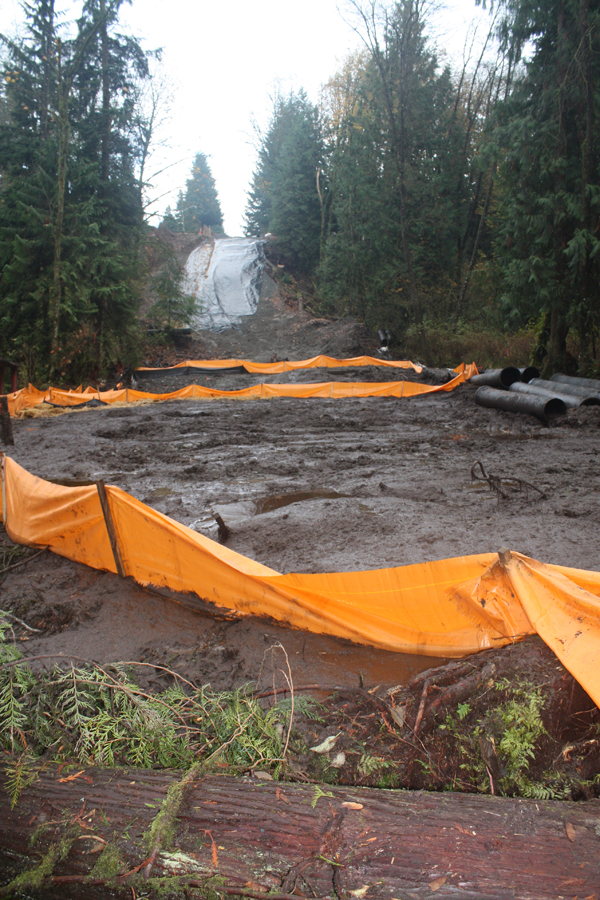 This area is in the riparian zone on the east side of the Salmon River. It was fed by several tributaries and was home to the endangered Pacific water shrew. Heavy equipment and heavy rains have turned the riparian zone into a churned up mess of clay and debris. It will never return to the healthy environment it once was.

Below, you will see what this area looked like midway through construction. 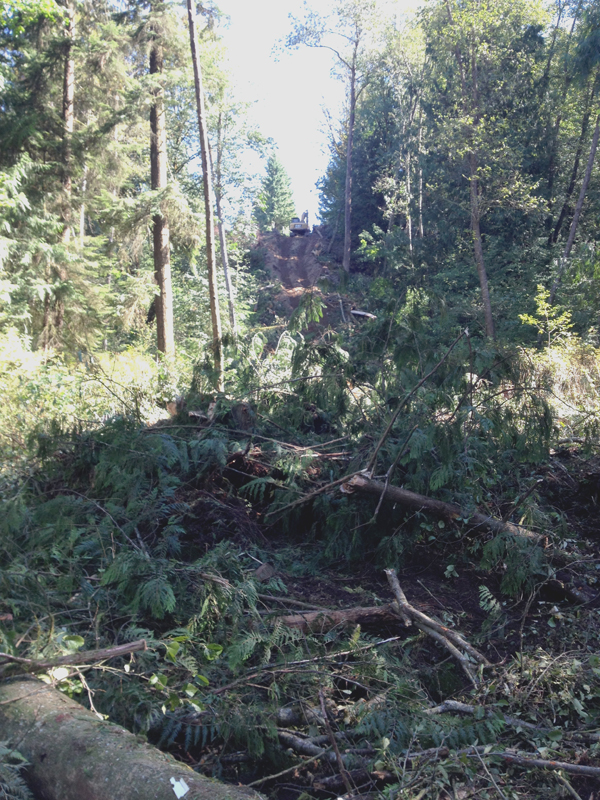 And before construction began. All the trees you see here are gone. 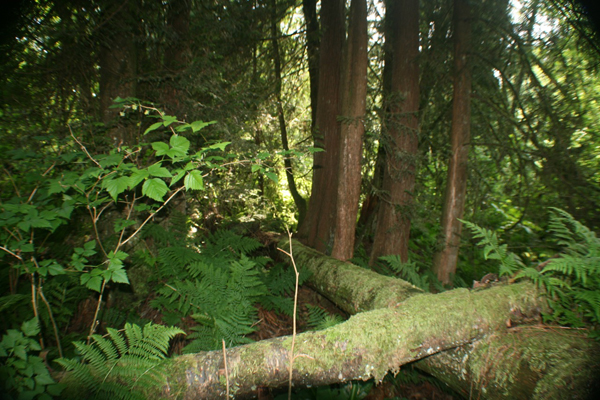 Below is a photo of the view toward the river, taken in August before construction began. Neighbours and the society were assured that no trees would be removed in the riparian zone. That is not the case. 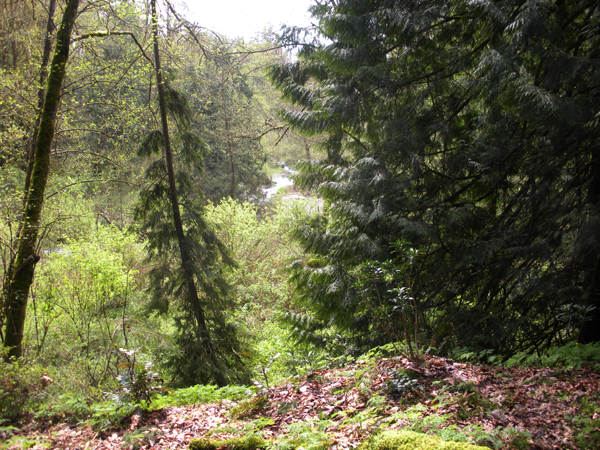 The photo below was taken on Nov. 1, 2014 and shows the same scene with the Salmon River in the background and the construction site in the foreground. Trees have been cut and have tumbled because the soil in the riparian zone has become unstable. 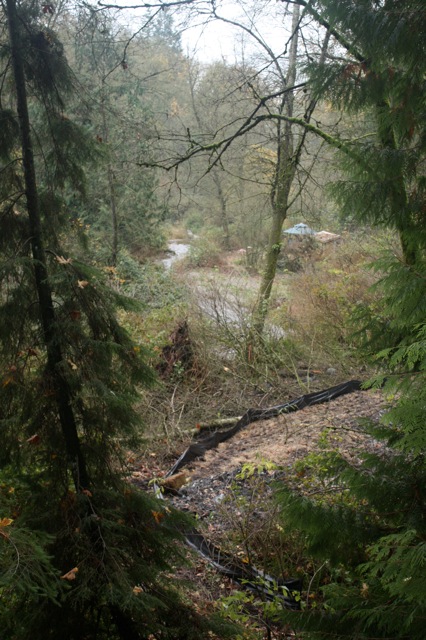 Here is the view of the west side of the ravine, before work began… 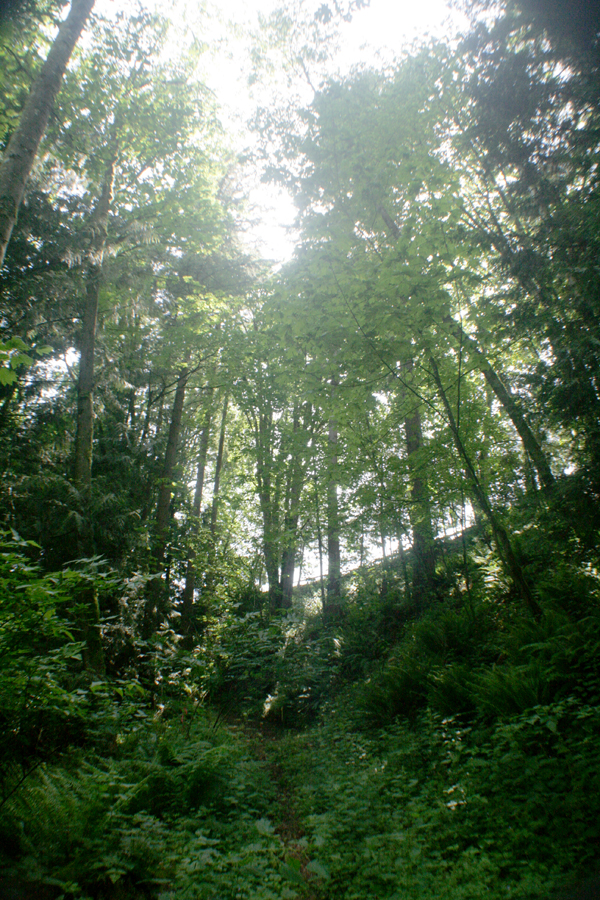 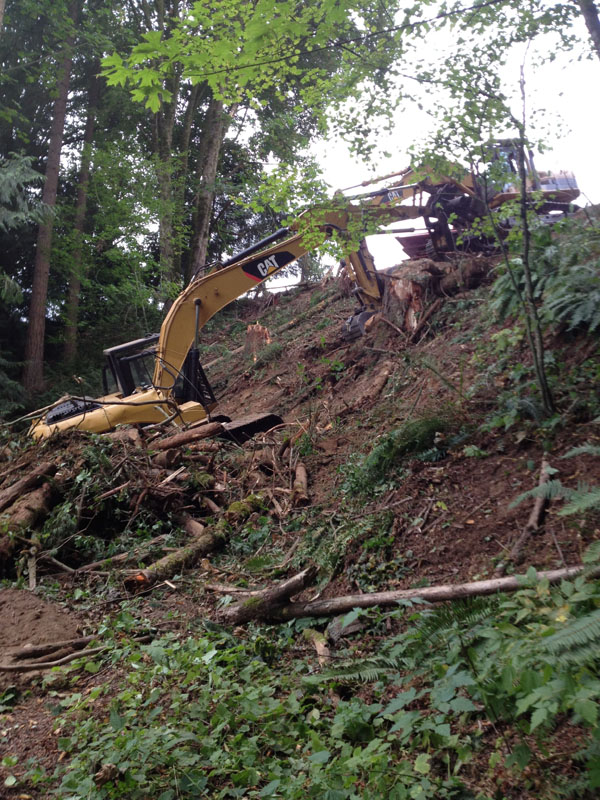 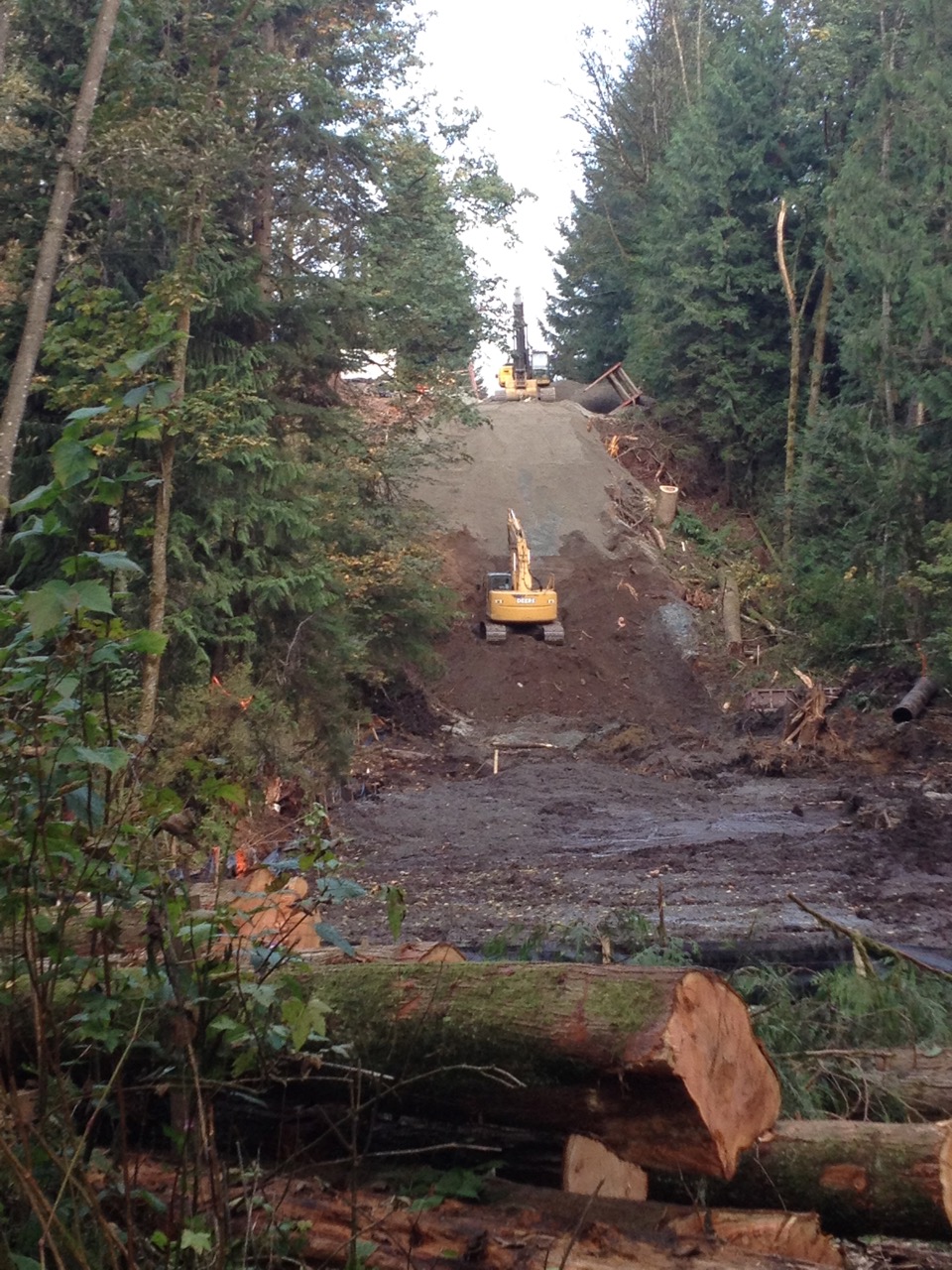 …and now with a view looking east. The east side of the ravine is visible in the background. 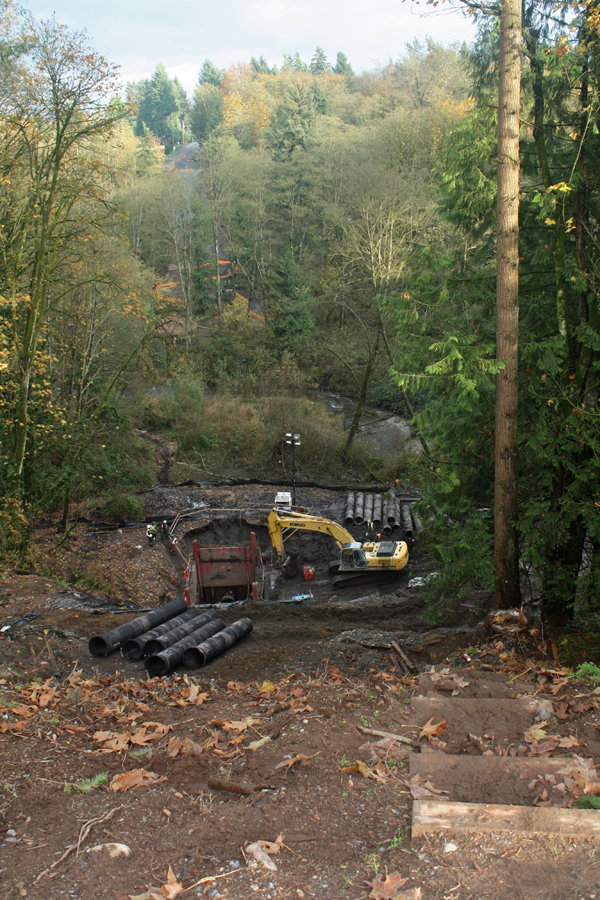 Small tributaries, at least one of which appears to be a coded (i.e. protected) tributary, have been covered over and lost. The tributaries were located on the right side of the photo below. 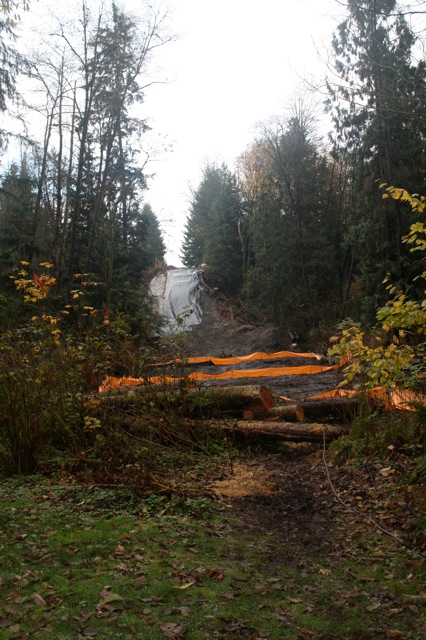 Trees are being removed because they have become a safety hazard but this further destabilizes the bank so a landslide is a very real possibility. In addition, long-term runoff will cause silt build up and could damage this key fish-bearing river. 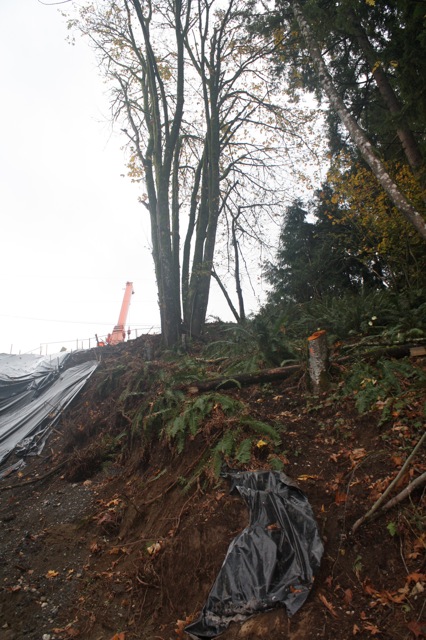 Many more mature trees and a much wider swath of vegetation have been removed.  There are no plans for replacing those large trees because of the fear that their roots will interfere with the pipe. The plan is to plant grass but those roots will not be strong enough to hold the slope. 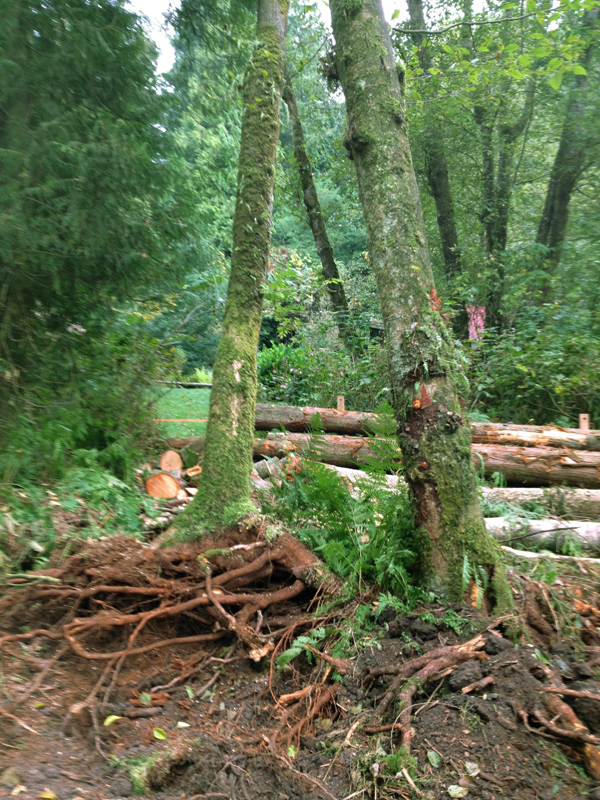 The society recommended true directional boring, not the horizontal drilling we’re seeing now. It was proven effective at Trinity Western University. This option would have seen drilling underground from the top of the ravine, down the slope, under the river and back up the other side . Few trees would have been destroyed and the riparian zone would have been left intact.

No explanation has been given for why this option was rejected. Perhaps it was considered too expensive. However, working around environmental concerns, the arrival of heavy rains, and a variety of mistakes will make this project much more expensive in terms of the environment and the cost to Langley citizens. 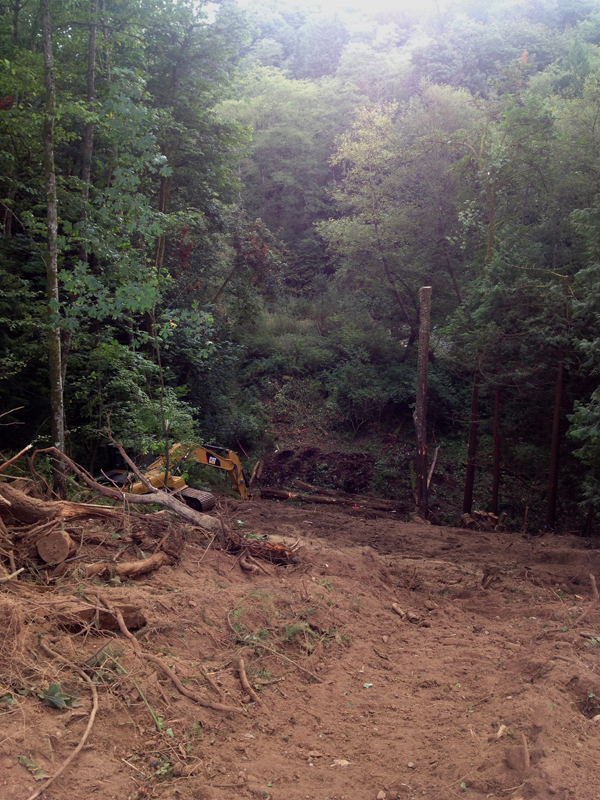 When this project was contemplated several years ago, SRES advocated routing the pipeline along 64 Ave. rather than 52 Ave. The problems we are seeing along 52 Ave. once again bring into question the choice of this route.  The more northern route would have carried with it a much lower environmental risk.

Wildlife supported in this part of the Salmon River 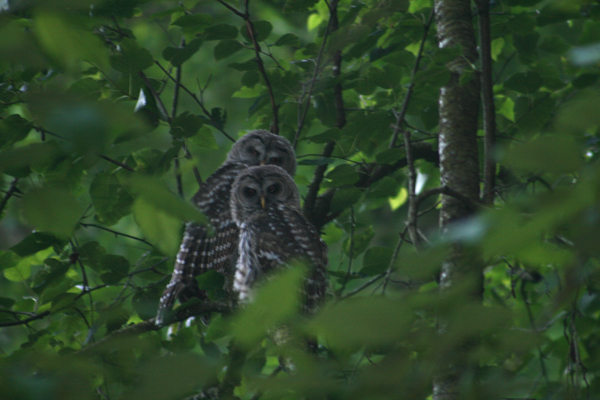 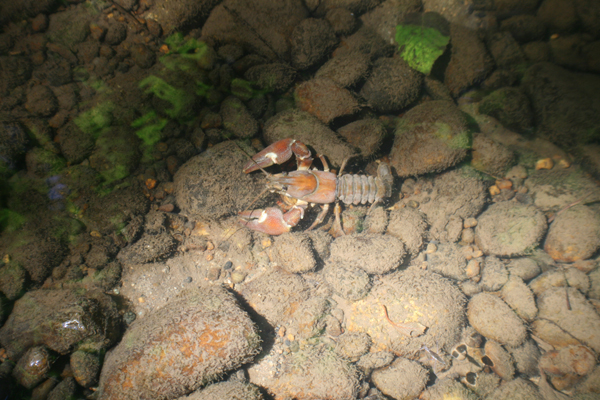 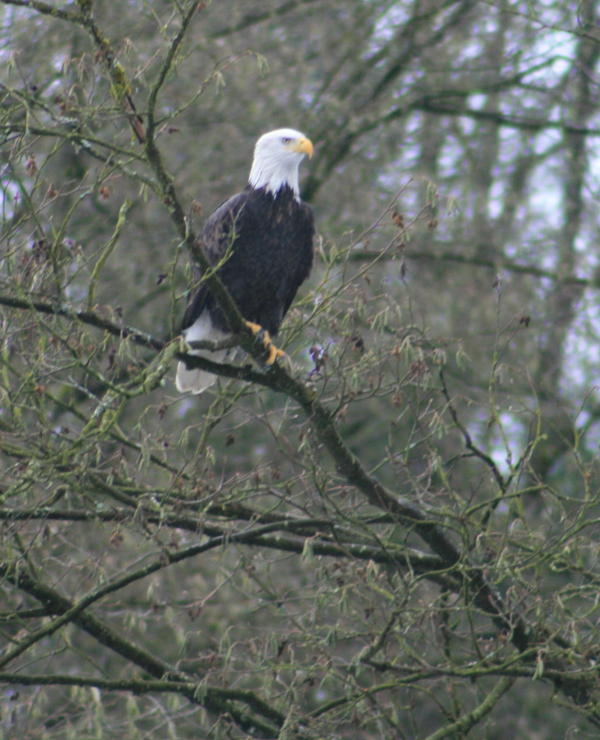 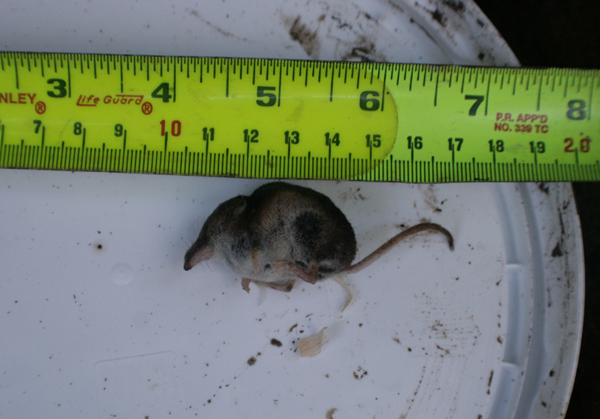 Small mammals are just one component of a fragile ecosystem. This one died during a survey of the animal life around the affected tributaries. 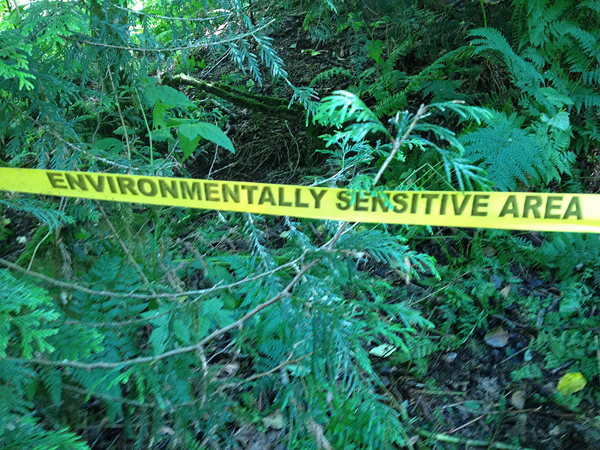