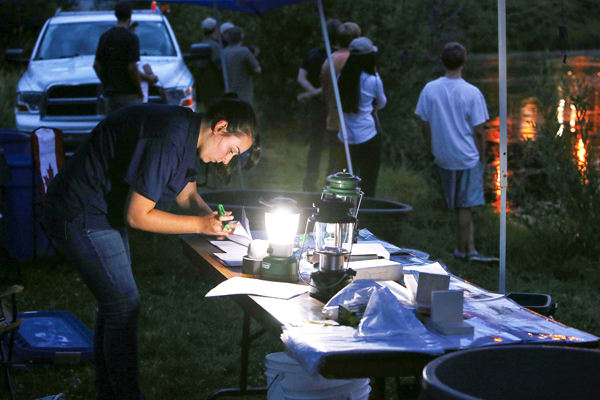 Photos by Jennifer Watton from this year’s electrofishing expedition in June of 2014.

A team of biology students and staff at Trinity Western University went out on two consecutive nights in June 2014 to capture and remove invasive fish in McMillan Lake on the campus. Over 4,500 fish were caught and, of those, only 11 were native to the Salmon River watershed!

The BC Ministry of Environment and DFO have advised the university to try to reduce the numbers of these fish.

The native fish were released back into the lake.

The bass feed on salmon fry and can easily get into the Salmon River during flooding. The pumpkinseed sunfish create problems for water quality and provide food to maintain a high bass population.

The non-native fish are being analyzed for stomach contents, age, and reproductive status. TWU student Andrew Tung has a $4,500 federal scholarship for the summer and is doing the analysis. 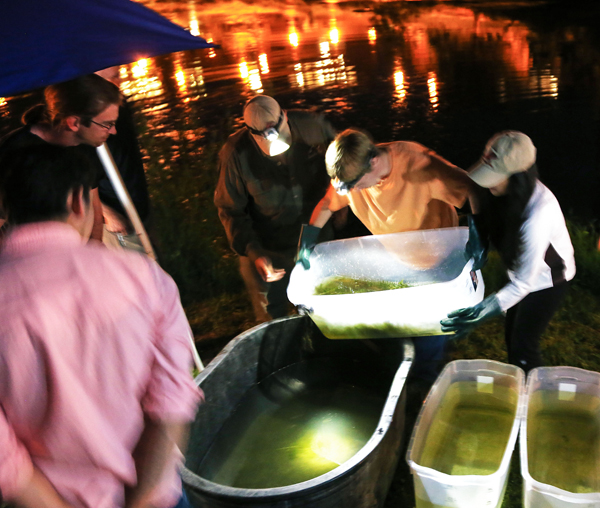