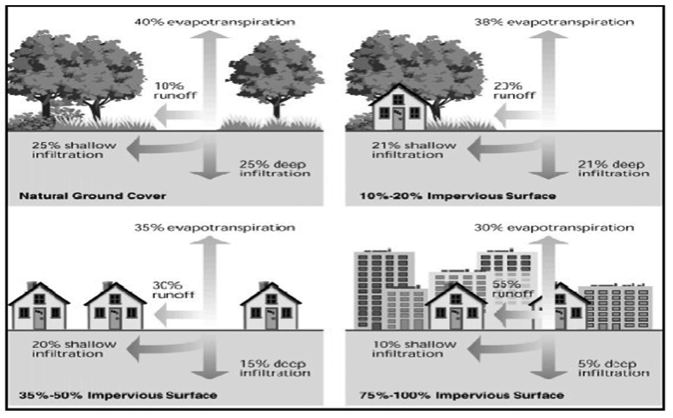 Even a small increase—from 0% to 10-20%—in impervious surfaces increases runoff from 10% to 23%. Higher density leads to even higher runoff and flooding.

Residential development requires trees to be cleared, land to be levelled and large areas to be paved.

Increased impervious spaces means less rainwater is able to seep into the ground and recharge our aquifers.  In Langley Township, 80% of residents rely on wells that draw from local aquifers. The Hopington Aquifer, providing water for 60% of the residents, has seen a drop in water levels of over 30 feet in 30 years!

Higher density populations can lead to stream degradation through the introduction of toxins and invasive species. Detention ponds only limit maximum or peak flows but the total flow downstream is much larger and that damages streams and leads to greater flooding. Fish species are threatened and property damage rises. 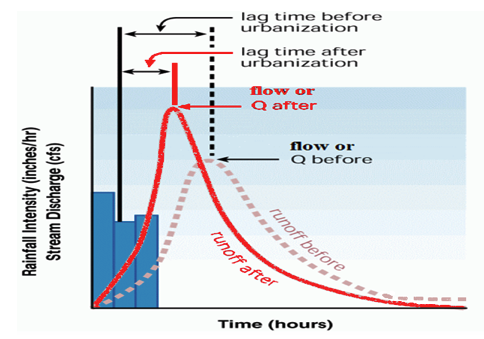 This graph shows the dramatic change in runoff that comes with urbanization.

Langley is all about rivers

The red lines on this map indicate productive salmon streams. There are many. The yellow-coloured streams are just as important because these streams provide water and nutrients to the salmon streams. 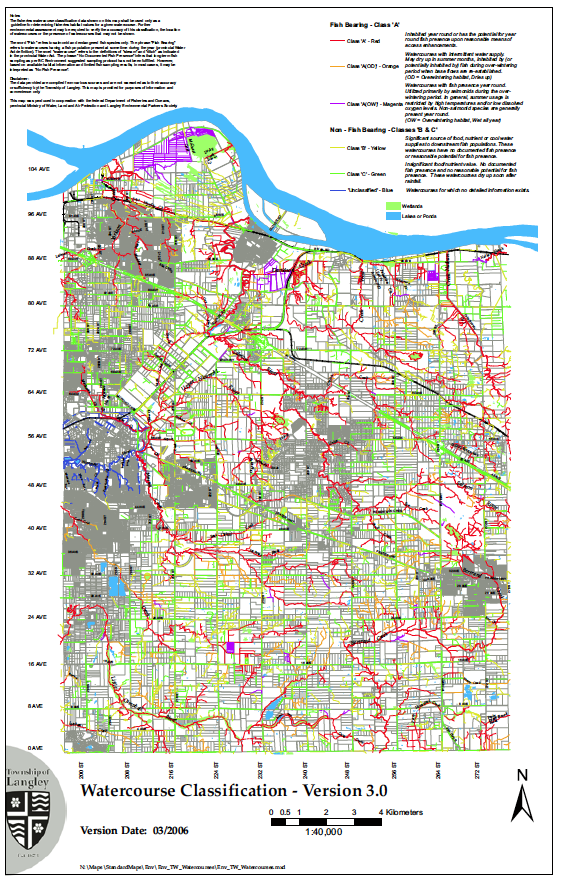 There are lessons to be learned from the City of Vancouver’s experience.  Vancouver used to have many fish-bearing streams as well but almost all of them have been wiped out due to lack of awareness of the consequences of rampant development.

The Township of Langley must be careful with its development and planning decisions. 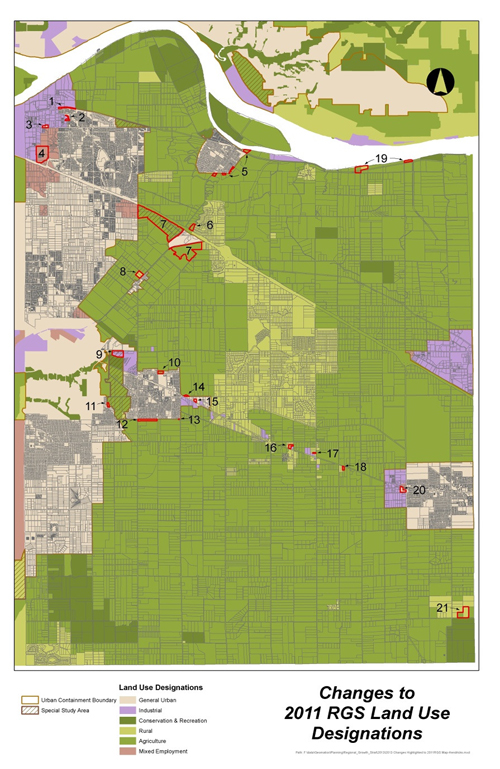 This map shows the  20 agriculture sites that the Township of Langley wants removed from the Agricultural Land Reserve. This conflicts with Metro Vancouver’s Regional Growth Strategy which the council signed on with in February 2012.

Rezoning small and scattered parcels of agricultural land to residential or industrial is called spot zoning. In addition to negatively affecting nearby streams, it fractures the ALR making nearby farmland unworkable and leads to farm/urban conflicts. Delivering municipal services to these sites is expensive and inefficient.

In addition to the controversy surrounding the TWU/Wall farm development proposal (#7 on the map) The Township of Langley  successfully lobbied the Agricultural Land Commission for the removal of another large agricultural parcel of land.

Tuscan Farms (north of #18 on the map and near highly productive and well known Krause Farms) is in the middle of rural Langley. (There is some development there now because there was  no Agricultural Land Reserve at the time to prevent it and a previous township council gave its approval.)

Tuscan Farms  will become the site for 85 homes, with some farmland remaining. ToL may be planning to ask for further land to be removed from the ALR to accommodate a road to the Tuscan farm development.