What would happen if a rupture occurred in the Kinder Morgan pipeline in Langley? Here’s Kinder Morgan’s spill scenario and the report showing locations along the pipeline route. 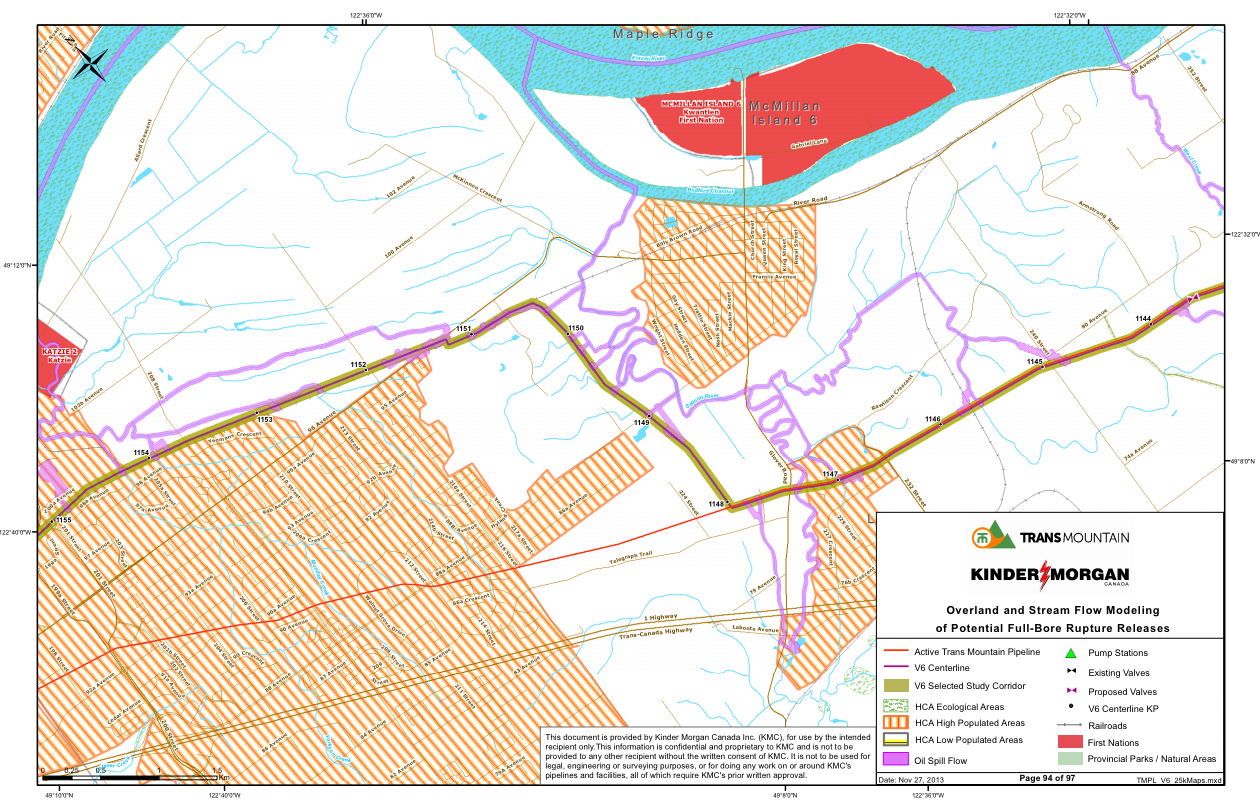 On Feb. 1, 2015, a Kinder Morgan crew began drilling in the riparian zone and bank of the Salmon River off Rawlison Crescent near Glover Road. The site is just north of the existing Kinder Morgan pipeline. Neighbours were not notified that geotechnical drilling would be taking place. 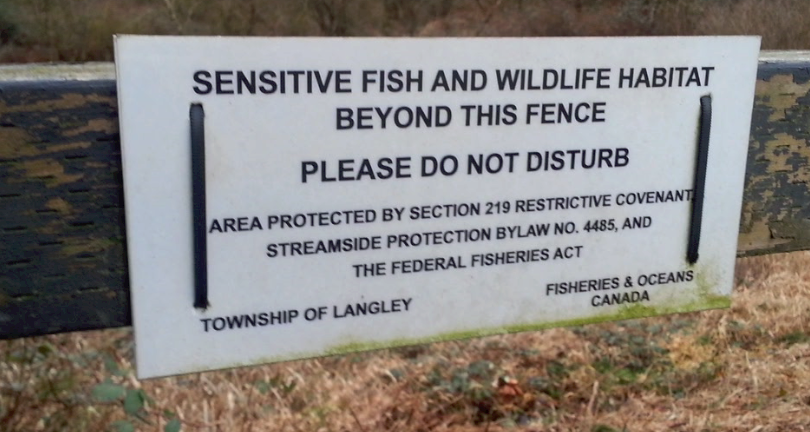 The society’s Facebook page shows before and after video clips of the site. The sign warning about sensitive fish and wildlife habitat was removed and has not been replaced.

Thanks to PIPE UP for supplying these photos of Kinder Morgan on site. 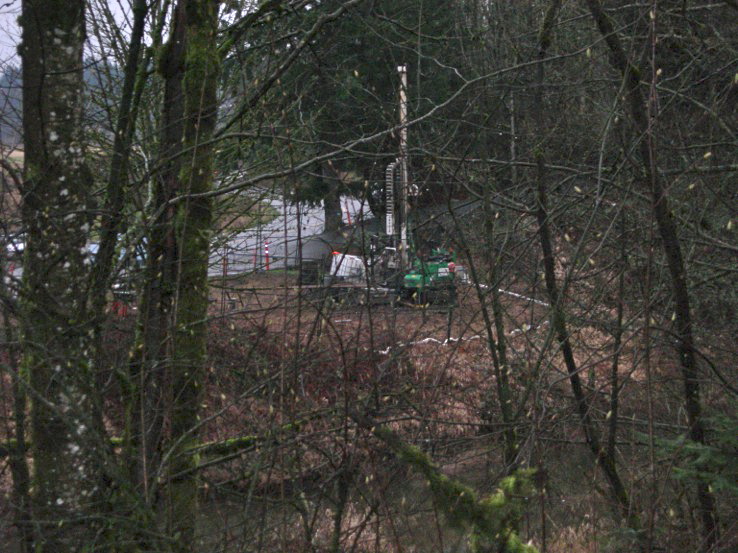 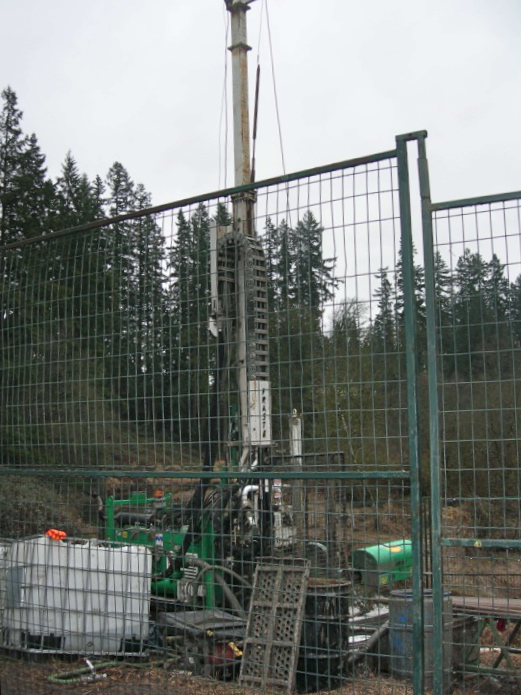 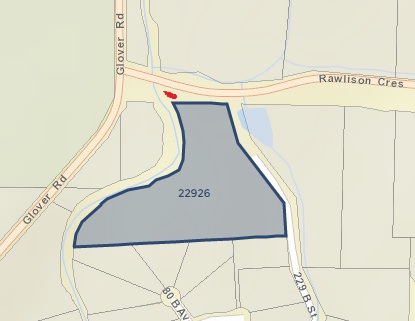 The proposed new pipeline is of concern to many Langley residents and members of the Salmon River Enhancement Society.

The Western Canada Wilderness Committee has a great map showing the route of the pipeline. You can zoom in very close to see where the pipeline crosses rivers and wetlands. 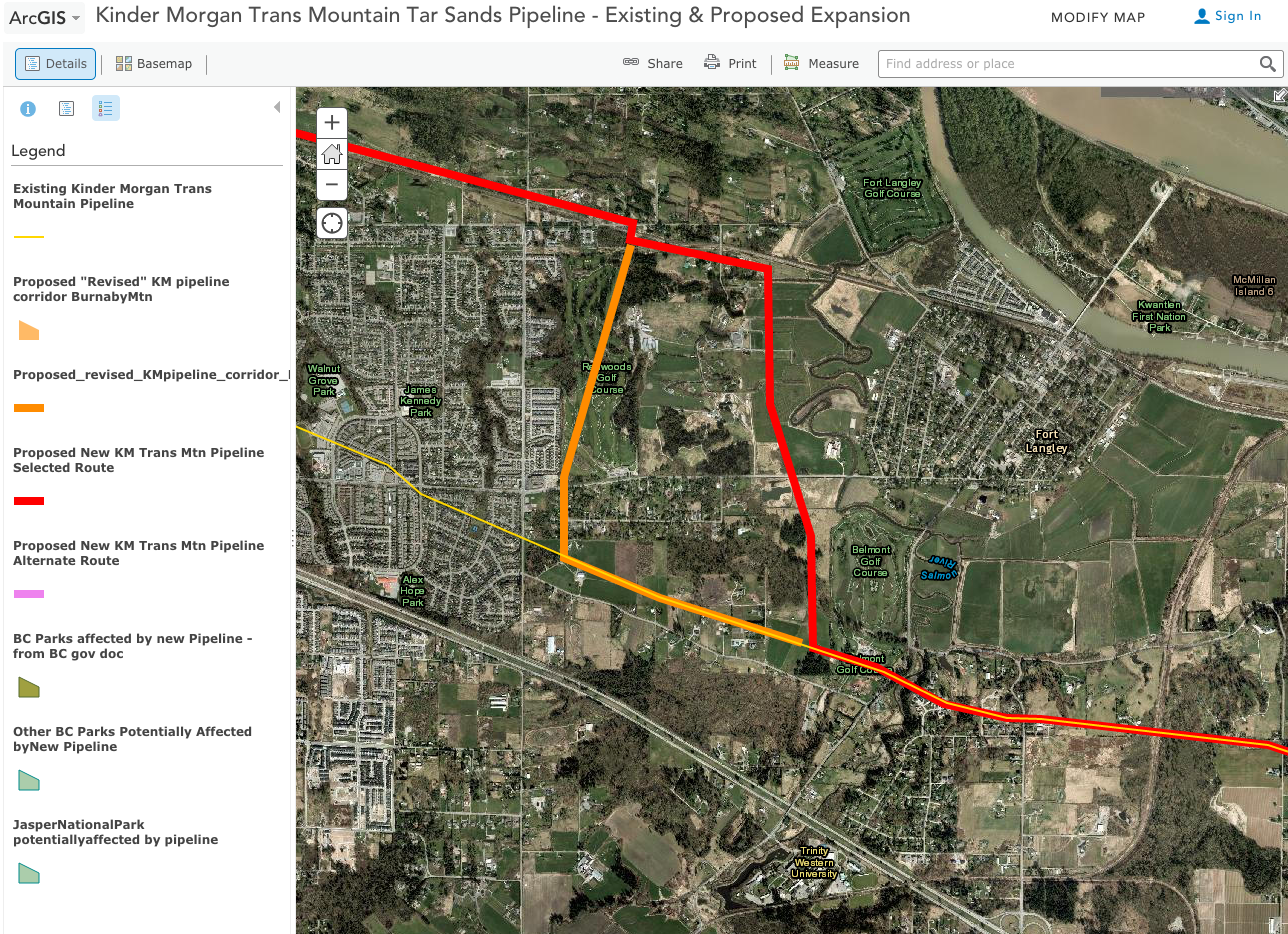 The National Energy Board site has hundreds (if not thousands) of documents and dozens related to the Fraser Valley. You can do a search for Watersheds Coalition (re. invasive plant species), Redwoods Golf Course (changing the pipeline course), Katzie First Nation (KM’s misunderstanding of history/culture, plus), resident Brian Kingman (residents looking for compensation), and Robyn Allan (200+ page report).

How do pipeline spills affect property values? (Conversations for Responsible Economic Development, Dec. 9, 2013)
“As a realtor I have noticed that with the huge amount of negative publicity surrounding the expansion of this pipeline, people are on red alert and are very aware of the potential impacts of the pipeline on their properties. As a result, buyers will typically avoid a property anywhere near a pipeline and this does have a negative impact on values.” – Langley realtor Annabel Young

Kinder Morgan Pipeline Project Review (Fraser Valley Regional District, Nov. 18, 2013)
Many concerns surrounding the twinning of the KM pipeline are regional in nature and stand to have a significant impact on the Fraser Valley in four key areas: socio-economic, agricultural, environmental, and recreational…

Oil Spill Response Vessel Runs Aground After Almost Crashing With A BC Ferry (The Straight Goods, March 20, 2013)

Statement from independent professional engineers
“If Enbridge and Northern Gateway are so confident this project is safe, why don’t they assume full financial responsibility for a spill?…”